Ryan Collins, CIO & CTO
In today’s auto lending space, most lenders and credit unions behave in two extremely opposite emotions according to the market conditions— aggressive during the good times and conservative in the strenuous times. Credit unions have become more conservative since the 2008-2009 Great Recession. Auto dealers are challenged to stay on course with the right funding when lenders’ approaches have been inconsistent. Most lenders prefer making auto loans to prime members instead of members with less-than-stellar credit based on the FICO score. Members with low credit scores are generally disqualified from borrowing. Texas-based Open Lending is changing the game through its Lenders Protection platform, a risk-management solution for making better lending decisions. Lenders Protection allows lenders to offer loans to nonprime borrowers with the confidence of secure recovery. “Lenders Protection has significantly improved auto-lending processes for financial institutions. Open Lending allows lenders a safe and sound way to make loans in lower consumer credit score tranches, increasing profitability for financial institutions and providing improved rates as well as consumer service for those who would otherwise turn to unscrupulous lenders,” says Ryan Collins, CIO and CTO of Open Lending.

Open Lending’s Lenders Protection is the only solution in the US that backs its proprietary underwriting with an embedded insurance wrapper. “This insurance aids financial institutions in mitigating risk while offering attractive rates,” according to Collins. The innovative solution allows banks and credit unions to model their specific overhead and funding costs and set a target return on assets for their insured portfolio, leading to a profitable auto loan portfolio with carefully managed pricing and risk characteristics.

The highly professional team at Open Lending easily integrates the Lenders Protection solution with clients’ existing loan-decisioning systems for simplistic workflows that generate approvals within five seconds. That means banks and credit unions can be more consistent in their lending guidelines and generate business throughout the year, on- or off-season. Accordingly, dealers will send more prime business to our client lenders who offer a broader spectrum of loans compared to others.

“One of our differentiators is the valuable and unique dataset, ranging from 2003 to current, including the 2008-09 recession,” adds Collins. During the recession, numerous firms stopped lending or tightened up their underwriting guidelines. “We have captured all that data, including how the consumers’ responded during those arduous times,” he adds. During the recession, Open Lending’s customers still hit their expected ROA targets unlike others in the market. In 2010, following the Great Recession, Open Lending revamped its solution with an even more resilient underwriting model and priced it appropriately to handle any future recessions efficiently and effectively.

A case in point, a Texas-based bank approached Open Lending to overcome hurdles they were facing in terms of credit rating agency (CRA) credit requirements. The bank was not lending any money and was charging fees to nonprime consumers because of these CRA issues. “We are helping them through the CRA issue, and now, they are initiating a thousand transactions every month,” says Collins.

Moving forward, Open Lending strives to be at the forefront of innovation in the auto lending arena. “We were using a FICO-based model until last year. Now, we have brought in new and alternative data sources, such as looking at the borrower’s bank account to check that they have paid their bills. We take the FICO credit score and alternative data sources to derive our proprietary score, which we believe will be the successor to the auto-enhanced FICO score for auto lending,” Collins concludes. 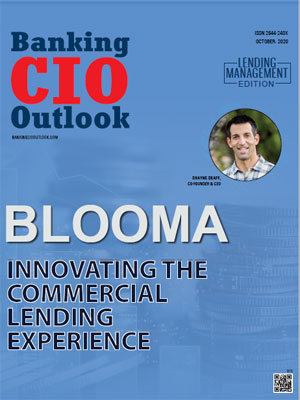