E. Jay Saunders, Chairman & CEO In an era known for the rapid advent of FinTech and cutting-edge technologies like Blockchain, Business Insider alarmed readers across the world by revealing that two Billion people across the world are unbanked, in one of its articles published in late 2017. Most of these individuals either don’t have bank accounts or aren’t connected to financial institutions through any device and even today a large percentage of the unbanked population relies on remittance. Much before media sources turned their attention toward this grave concern, entrepreneur E. Jay Saunders, Chairman and CEO, Domus Semo Sancus (DSS), figured this lack of financial inclusion could spur a major e-commerce divide which inspired him to start the company.

Saunders has previously held key roles in organizations such as the Turks and Caicos Islands Governor’s Business Advisory Group, Caribbean Association of National Telecommunication Organizations (CANTO), and the Providenciales Chamber of Commerce. During his long career span, the industry veteran has observed that many international migrants depend heavily on remittances to send money to families residing in their home countries. Reliable money transfer organizations were only a handful and their offices being flocked by a horde of customers was a common sight, obviously making the process largely inconvenient. The smartphone boom of the 2000s sparked the idea of making financial transactions possible through mobile interfaces and how such a transaction mode could immensely benefit international migrants globally. This novel thought spurred the inception of Wowlet, a forthcoming mobile money ecosystem. The greatest advantage of Wowlet will be that in addition to remittances, it will support many other transactions as well.

The firm has garnered visibility in the RegTech space for its award-winning, cloud-based enhanced due diligence, cognitive search tool SafetyNet, the adoption of which has helped its clients reduce their risks of being fined for KYC compliance lapses. “SafetyNet has artificial intelligence including natural language processing and machine learning capabilities, allowing it to analyze in real-time information found on the Surface, Deep, and Dark web. This helps in unearthing crucial insights that aid stakeholders in making effective decisions,” mentions Saunders. SafetyNet parses through millions of structured and unstructured datasets to derive useful insights. The cognitive tool leverages the benefits of IBM Watson, Amazon, Google, and Microsoft to decipher millions of documents in multiple languages per second, including text, images, and videos. Saunders emphasizes that SafetyNet.ai doesn’t intrude on a subject’s privacy, as it only searches information in the public domain. 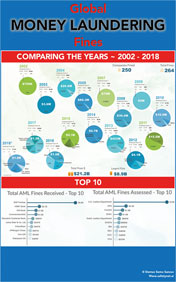 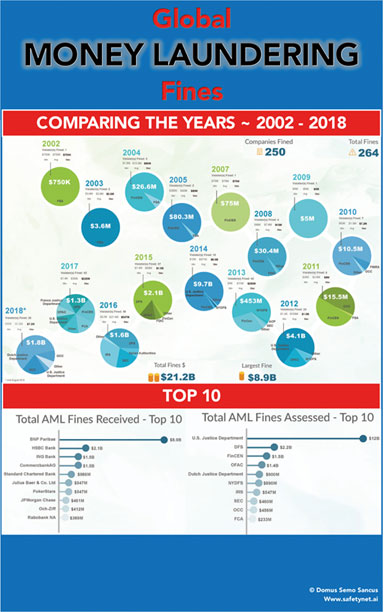 To paint a clearer picture about SafetyNet, Saunders shares his company’s experience of working with a reputed financial institution known for carving a niche in the credit card space and catering to the needs of merchants across the globe. The firm requested the assistance of DSS for risk assessment of its client base. Using SafetyNet, DSS was able to help the financial institution identify which of their customers are high, medium, and low risk, in a very short timeframe.
The advantage of SafetyNet’s adoption was complete scrutiny of big, global datasets in a short time span to identify risks. Due to its artificial intelligence underpinning, SafetyNet is learning how to autonomously detect risks and threats to the integrity of the international financial system.

Impact of SafetyNet and rise of an unconventional variant

In recognition of SafetyNet.ai’s contribution to the RegTech space, the firm was felicitated at the RegTech Award ceremony held in 2017 for delivering the ‘Most Innovative Compliance as a Solution’. The company, through a partnership with Blackberry, has recently embedded secure integrated communications within SafetyNet. The aim of this enhancement is to facilitate secure communications within organizations, as well as to support the transfer of highly confidential information between organizations and their regulators.

"SafetyNet has artificial intelligence including natural language processing and machine learning capabilities, allowing it to analyze in real-time information found on the Surface, Deep, and Dark web"

Saunders mentions that one of the prominent factors behind his organization’s success today is the philosophy that drives the entire workforce. Most DSS employees join the company because they are motivated by the idea of “Making Lives Better”, and in Saunders’ opinion, this is what differentiates DSS from other companies. Despite the Turks and Caicos Islands’ being known for high-end tourism, it is not known for creating technology start-ups, and the DSS CEO is hopeful his organization will encourage others to invest in the sector. “Technology start-ups are starting to pop up in the Caribbean and hopefully venture capital will soon follow, as it is the major impediment holding the sector back. I’m confident that the Caribbean will become a hub of innovation, and team DSS is proud to be one of the companies helping to make that a reality,” mentions Saunders.